Greetings, We have been open for 1 month! I say it’s a success. We have had many RP events, fun encounters, and little side quests happening. Our first event, the infestation of the Essence bugs … 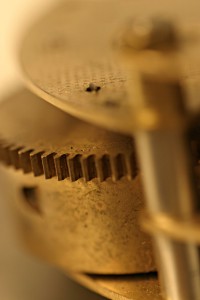 We are still in beta testing and it has gone well over the past 5.5 years. Many improvements and progress has been made.

We are buckling down to complete the final tasks so we can open. We are focusing on the list of final priorities in order to finish the game.

Thanks for your continued support towards this very important matter.

Actinate and myself are pleased to inform you that A Tempest Season is open for beta testing. We’ve worked intensively over the past 7 months to bring the game to you. It’s been a lot of work but also a lot of fun. We invite you to all give the game a try out and begin a new (or resume) a journey in Eihydia!

While the game is open and playable from levels 1 to 100, we are in open beta testing which means there will be issues and room for improvement. Please feel free to make suggestions or report bugs to us on our forums.

Thank you for all your support and dedication. We look forward to seeing you in the game! 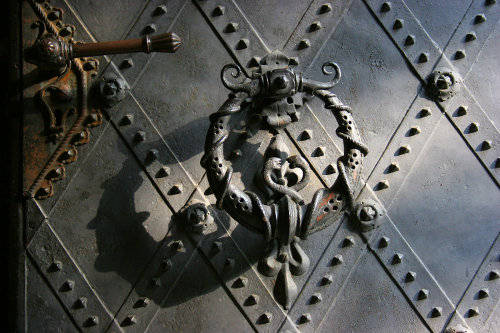 Previously, Actinate and I were aiming for a July 1st opening date where Open Beta testing would begin. Unfortunately, we are going to have to push it back a bit to July 6th instead. We need some more time to finish up a few last areas around Tralisia.

Thanks and hope to see you soon!

For those of you experienced with A Tempest Season’s early incarnations, welcome back! For those of you just tuning in, we hope you’ll enjoy your stay with us and have as much fun playing ATS as we had creating it.

I remember my first experience with a RPG. I was pretty young, and I was begging a friend’s older brother to let us play Dungeons and Dragons. After many temper tantrums, name calling and overall diaper pooping, I was allowed to join in on the festivities.

I don’t have all the details, but I remember being shuffled through a quick character creation process and immediately came face-to-face with a red dragon; it promptly took a flaming dump on my face.

I left the game pretty irritated and thinking that it would be much better to make my own game, one where other people could play and have fun. Dayrinni and I talked about the idea and began building a fantasy world with simple (and broken) mechanics that were similar to video games we’d played, movies we’d watched and things we thought would be cool to see in action.

Needless to say, those early incarnations were VERY bad in terms of design and mechanics, but the seed was planted and the framework was built. All it needed was a little love and care, and after twenty-five years of friendship, Dayrinni and I are still working on that process.

ATS started as a game called “The World of Gaia.” Later, it evolved into “Magical Seasons” and finally “A Tempest Season.” The game had a failed sequel, “Shattered Ages,” which introduced isometric art and a visual world to explore. It was a neat endeavor, but it was very time consuming. Both Dayrinni and I learned a lot from our failed experience with “Shattered Ages” and our experience with “A Tempest Season,” the first time it was in MUD format. We’re hoping to take what we’ve learned and apply it to this new incarnation of ATS to make a richer and more entertaining experience.

We encourage you to please visit our forums to help us build a community of gamers, and we implore you to read the lore on our website, which is in the process of being updated.

Jan
24
Fri
9:00 pm Council of the Faithful @ Memorial Hill
Council of the Faithful @ Memorial Hill
Jan 24 @ 9:00 pm – 10:00 pm
To all of Tralisia’s faithful: At my end of my sermon, multiple individuals brought up the idea of a forming a council for the faithful of the Entities as well as the faithful of other beliefs. This idea has been brought up before, but thus far no council has been formed. I would like to …

END_OF_DOCUMENT_TOKEN_TO_BE_REPLACED

Jan
26
Sun
9:00 pm Dwunar’s Essence Extraction – Sa... @ Hall of Elements
Dwunar’s Essence Extraction – Sa... @ Hall of Elements
Jan 26 @ 9:00 pm – 11:00 pm
The Magic users of the city shall attempt to extract (in a safe and humane manner) the essence from Dwunar, and revert him back to normal!   Will they succeed? Will Dwunar become normal once more? We shall see!
Feb
1
Sat
9:00 pm Dr. Daniel Cornwallis’ Eye-wear ... @ Outside Tralisian Bank
Dr. Daniel Cornwallis’ Eye-wear ... @ Outside Tralisian Bank
Feb 1 @ 9:00 pm – 11:00 pm
Dr. Daniel Cornwallis, esteemed Disorain Optomesthetician and inventor of the steam-powered nightvision goggles, is coming to Tralisia in one of his many attempts to advertise the beauty and practicalities of eyewear among all of the nations of the Empire – and to take orders for custom prescriptions!
Feb
4
Tue
8:00 pm Dragon Hunt @ Dragon Sanctuary - Charter
Dragon Hunt @ Dragon Sanctuary - Charter
Feb 4 @ 8:00 pm – 10:00 pm
The dragons will gather for their bi-weekly hunt! Many prey will be slain and we shall become THE DRAGON!
View Calendar
Add