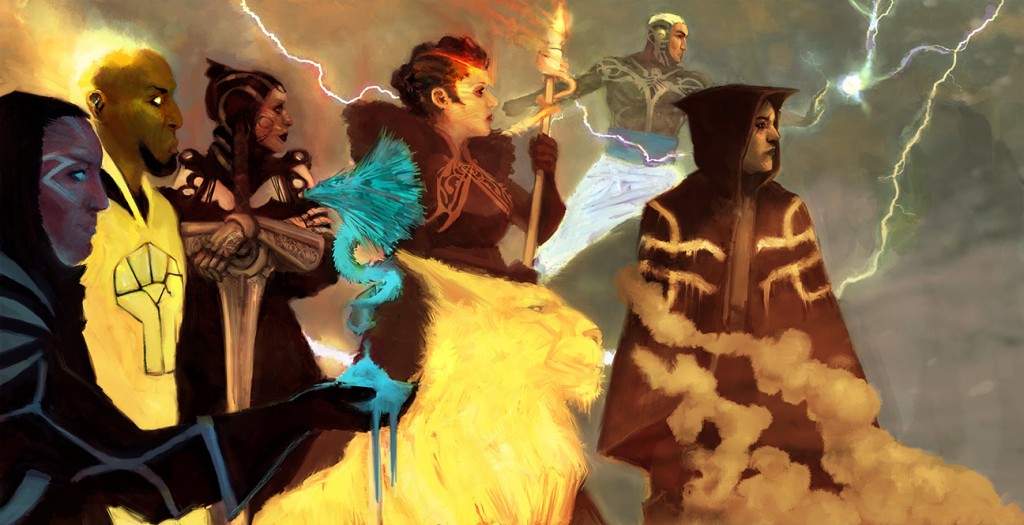 Below, you will find the information and history of the Human race, as known to the scholars in the 14th Age, where A Tempest Season currently takes place.

Evidence suggests that the race of Humans hailed from one center point long ago and possibility diverged, for unknown reasons, from the old Ancient race. These Ancients were beings who had the gift of immortality in age. Overtime the Humans would eventually migrate to different continents and establish new cities. While most of the origin surrounding the race of Humans is clouded in a veil of mystery one fact remains clear: they have remained relatively unchanged for thousands of years.

Many of Eihydia’s scholars (specifically Human ones) have taken it upon themselves to record Human events as they unfold. It is a widely known fact that Humans have been and always will be involved in the disputes of others (races, empires, guilds, etc.) and should thus have a very diverse history filled with many conflicts, both good and bad.

A cat’s curiosity and the bliss of ignorance are the two most well known traits that Humans have been “blessed” with. At times of despair they have been known to ramble on about things of unimportance or make sarcastic comments, while during times of prosperity they seem to look forward to war and linger on hatred. This has become known widely as the “Chaos Effect”, which is believed to have been “bestowed” upon the Human race after some unrecorded catastrophic event in their history.

As a general rule Humans are widely accepted and welcome wherever they may travel. Each individual can be a farmer just as well as they could be a great politician, or a destructive villain. They are able to do this by utilizing their fascinating natural ability to adapt to any geographical, environmental, or social situation more quickly than any other race. If not for their mortality, this ability would no-doubt make them the most superior ethnic group in Eihydia.

Humans do not have any strict racial tensions. They get along with everyone.

Humans come from nowhere yet hail from everywhere. There is no one distinguished land of Humans though they do have powerful cities located on the eastern continents of North and South Kel-sith and the southwestern, Lon’gordia. Vanyelar and the City of Ema are cities predominately compromised of Humans.

Humans receive a slight bonus to the Cleric class and are equally balanced for all other classes they may prefer.

Leadership – when the leader of a group impart attack, defense and gained experience modifiers to all other members.

Adaptation – an ability where after being knocked down, struck by a critical hit, or suffer a melee auto-miss, gain resistance to these actions for a short time.

Lost Virtue – will your race feel the Grace and Virtue ever again? Many have tried and all have failed… is it worth your time and effort? Or is your life better spent pursuing other goals?

This race starts with the following attributes:

These may be leveled up in game and will scale accordingly to their starting numbers. To learn more about attributes, visit the Attribute page.