Ama’rane was once connected to Kel-sith Majoa. Later, Kel-sith split into three bodies after an astral impact sometime before the First Age. The southwestern mass drifted for thousands of years until it reached its current, centralized location. Later, the first explorers of this region dubbed it Ama’rane.

Ama’rane varies in its environmental terrain—this is relative to your location on the continent. The terrain is a mixture of flat landscape and jagged, unnatural-looking mountain ranges; this is the result of the astral impact that separated Ama’rane from Kel-sith Majoa. Forests are present on Ama’rane , but mostly scattered throughout the continent in clusters. Ama’rane is also the only Ehydian landmass known to contain forests of Essence.

Ama’rane’s geographical position to its neighboring continents makes it convenient for travel and exploration. Though its environment is deadly, many nations have been initially successful in constructing naval ports and military bases on Ama’rane’s rocky shorelines. It is not soon after these outposts are usually overran by the deadly and aggressive wildlife.

The climate of Ama’rane varies regionally. Traditionally, the northern areas of the continent are cooler than the southern areas, but this is not always the case. Some of Ama’rane’s southern regions contain bizarre formations of rock that plunge miles of landscape into darkness; these freezing areas of Ama’rane are the most hazardous and unstable on the continent. 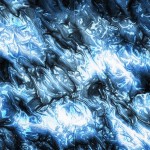 Ama’rane is virtually unexplored in its natural production of Anima, the strongest natural material in Ehydia; it also contains the largest deposits of precious metals in the world. Over the years many nations attempted to mine Ama’rane for its abundant metals and minerals, but failed due to the continent’s destructive, unpredictable wildlife and political instability—this behavior is attributed to Essence exposure.

Ama’rane is also home for rare and potent medicinal vegetation. The potential for export of these goods is high.

With the exception of Ravinder, Ama’rane is home of the deadliest wildlife in all of Ehydia; this is based on the unpredictable physical, mental, or mystical changes that creatures may incur when exposed to Essence. It is virtually impossible for anyone to adapt to the rapidly evolving creatures of Ama’rane.

Early observations returned data regarding a creature or plant’s “desire” to kill its prey. This data is measured and recorded as a Threat Level, a tool developed by Captain Xandose in the 5th Age. The Threat Level is based on a predator’s territorial aggression, desire to eat, speed, movement, and intelligence; this data is still used in Ehydia’s bestiaries. Sentient beings are typically not specified on the Threat Level.

Attempts to catalog the wildlife on Ama’rane have been difficult. Essence exposure results in new breeds of creatures. Still, many bestiaries contain information regarding unchanged animal and plant life on the continent. These records are considered indispensable for present and future explorers.

Sometime in the first or second Ages, shortly after the Fall of the Ancients, nomadic tribes set sail from the northern tip of the Denual (Evonia) coast. They would continue to island hop for years until finally reaching the rocky shores of Ama’rane.

The nomadic tribes found themselves battling elements of nature that ran unchecked since the destruction of Kel-sith, but they were finally able to settle in the northern hills—an area famous for its unique formation.

The harsh Ama’ranian environment forced these tribes to abandon their nomadic past and settle into a community. These tribes later split into four different factions and formed the Husanies, the Iukocias, the Pagris, and the Dwellers. For years, these four tribes would be the sole, peaceful inhabitants of Ama’rane.

The Age of Exploration

After thousands of years in isolation, the four tribes have forgotten their Denualian roots and consider themselves the rightful natives of Ama’rane. At the dawn of the Age of Exploration, the Iukocian tribe spots Denualian ships approaching its shores. Curiously, they approach the strange travelers and offer them food, water, and shelter. Eagerly, the travelers eagerly agree; one of these travelers is Captain Xandose, an immortal Human explorer, enthusiastic over the new world he discovered.

Captain Xandose quickly becomes favored amongst the Iukocian, whom believe he is the creator of Ama’rane. His ships are loaded with precious metals and spices, and he returns to Denual. For the next hundred years, Captain Xandose sailed between Denual and Ama’rane in search of fame, fortune, and adventure.

During one of his explorations, Xandose records the continent’s wildlife. Xandose assigns the animal and plant life a Threat Level; a tool still used in all Ehydian bestiaries. After ten years studying Ama’rane’s wildlife, Captain Xandose returns to Denual and is granted enough ships and materials to return to Ama’rane and survey the rest of the continent.

The Age of Eclipse

A remnant of a Grand Demon from the Wras Demos (Demon Wars) named Eclipse had awoken from his slumber. Upon awakening, Eclipse assumed his true, gaseous, form and eclipsed the sun casting the world in an everlasting darkness.

As the world plummeted into an ice age, High Sage 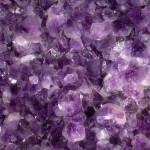 Derium Ceriuam, Eridan’s most respected Sage, requests Eridan’s Royal Family to grant him passage to Ama’rane in hopes of defeating Eclipse using Anima extracted from mines recently discovered on Ama’rane; he is granted permission and embarks for Ama’rane the following day.

Derium and other researchers from Eridan construct a military base on Ama’rane’s northeastern shore in attempt to study Eclipse and harvest the recently discovered Anima.

Sage Ceriuam spends three years researching Eclipse and the most efficient procedure to extract Anima while minimizing the effects of exposure. During his research, Derium, having been fascinated with multiple universes, hypothesizes that crystals of Anima, when aligned correctly, may provide the necessary amplification required to open doors to new worlds.

Within two years and with Eridan’s permission, Derium orders the construction of a circular tower crafted from Anima called the Glorifian Construct. Once completed, Derium ascends to the top and uses a transportation spell to open a portal to another world. Derium manages to pull Eclipse into the opened portal, but he is not strong enough to pull him in entirely. This shift in Eclipse’s location ends the Ice Age but with varying results. Now, for fourteen days (fifteen if it is a leap year) Ehydia is plunged into darkness from the remains of Eclipse that still orbit the planet’s atmosphere; this month became known as Nocural. The High Sage and Glorifian Construct vanish without a trace after, presumably getting sucked into the portal.

The Age of Unity

The establishment of Tralisia, a neutral city ruled by representatives to the Great Empire, marked the beginning of the end to the Age of Unity. The Great Empire consisted of a collection of nations from North Kel-sith, South Kel-sith, Lon’gordia, and Evonia. For hundreds of years, the nations within the Empire kept peace and open trade with one another. After some time, it was decided, to build a city on Ama’rane to serve as a midway point for the nations to import and export goods and as a show of unity. 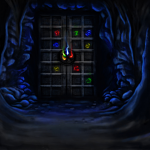 The door, known simply as The Runic Door, is of legend. It has been surmised only of a figment of the lost past. Though, there are shreds of truth that still appear to this day.   The Door made it’s initial appearance during the most recent Tempest Season on Ama’rane. Scattered records indicate that Sesi-kai …

Duskhaven is a forgotten fortress from a previous age. Its dark foreboding doors reside somewhere in the wild depths of Ama’rane. It is here in this fortress, that unfortunate adventurers from Tralisia have made their way into the deadly halls. You will find below a recounts of their adventures within…