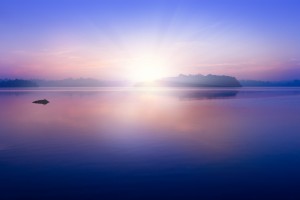 This is also known as the Creation Time.

It is theorized that the Entity creates Eihydia.

The Dawn of Creation is considered the beginning of life of Eihydia. No records exist from this time period, but hundreds of creation stories have been written and passed through the ages.We know an Entity is responsible for engendering Eihydia, and most historians believe this same Entity will play a role in its end.

During the Age of Unity, five lesser gods (Obscurity, Perseverance, Iniquity, Empathy, and Apathy) were given credit for the Entity’s role in the creation process. During this period, many Entity-based creation stories were destroyed in appeasement of the lesser deities.

The following is the most popular version of the Entity creation story:

She came from beyond the void, the Entity, and was unhappy with the darkness. She ripped out her heart and threw it into the sky, and her heart became the sun. She smiled with approval.

Soon, she found the day to be too long and decided to create time by adding night. She rolled her hands together until a ball formed, and she threw it further away from the sun. She called this ball Eihydia, and she admired her work as it floated around the sun, progressing from day to night. She smiled in approval.

Time passed, and the Entity grew tired with simple the progression from day to night, so she walked the planet over, ripping up the earth to satiate her boredom. This is how the mountains, and the divides, and the channels were created. She smiled with approval and rested.

Within a thousand years of rest, the Entity grew thirsty, so she cried upon the earth until it flooded and filled the channels, the crevices, and the divides. These became the oceans, the seas, the lakes, and the streams. She smiled in approval and quenched her thirst.

The Entity became hungry, so she rubbed her hands together until seeds appeared, and she scattered them across the planet. The trees and plants too drank from the water, and in time they grew as tall as the mountains. This is how the forests, the herbs, and the flowers came to be. The Entity smiled in approval and satisfied her hunger.

For the next thousand years, the Entity was pleased, but soon found herself unhappy and with little to do. She rubbed her hands together to make clay, and from that clay she made figurines, which she breathed life into. She made figurines for every part of the world: the seas, the plains, the forests, the earth, and the mountains. This is how the animals, the insects, and the fish were created. The Entity smiled in approval and rested.

On her final day of creation, the Entity sighed sadly and said: “I have no one to share such wonderful things with.” And so she rubbed her hands together to make clay, and she made the clay in her image. This is how the Ancients and other races of the world came into existence. The Entity smiled in approval; she was finally happy.

The Origins of the Amphorians

The Amphorian creation story is considered to be the oldest story ever recorded. Though its message remains the same, the story itself has undoubtedly changed with each telling, as is common with oral tradition.

Due to the differences between Amphorian languages and the common tongue, it is impossible to provide a complete, precise translation. There are words used in Amphorian culture that cannot be explained or defined in the common language. It is also important to note that the use of gender is an error in this story’s translation. Amphorians are naturally hermaphrodites, and they only label themselves as male when assimilating into other cultures.

The following is the most popular translation of the Amphorian creation story:

Eihydia was a cold, barren mass wandering through the apathetic reaches of deep space. They say he thirsted for water; he yearned for warmth; he craved fertility, yet he was left wanting for thousands of centuries, alone and forgotten.

One day he came upon a friendly glow, smaller than a pebble. The glow grew brighter at the sight of Eihydia, and came before him. They danced around one another for centuries until the glow finally said, “You who dances so delicately; take my seed.”

The glow flew into the heart of Eihydia, and for the first time he felt warmth. The glow left Eihydia’s heart and flew into the sky. He swelled with admiration for the little planet, and with each beat of his heart, he grew and grew until he filled the sky.

“I shall keep you here with me; in my warmth, in my life, in my love, you shall live forever.”

The glow had become a star, and this star shed his light upon Eihydia for all the universe to see. For the first time, Eihydia felt loved, and he burst into life. Mountains burst with water, filling the oceans and spilling into crevices to form lakes and streams. Trees spiraled to the sky, and flowers bloomed all across the land.

“To protect you from those that would do you harm, I call upon the guardians: Amor and Honestus.”

Sun reached out beyond Eihydia and summoned Amor and Honestus. They came and rested by Eihydia’s side, where they remain to this day, protecting him from anything beyond the stars that would do him harm.

“I have given you everything, my love; all that you yearned for: thirst, warmth, and love. In return, I ask you to complete our lives by baring our children.”

From beneath the earth we, the Amphorians, birthed and gazed upon the beauty of our parents. We are the children of Eihydia and Sun. We are their legacy.

The following is the Indagoian Creation Story. While not widely accepted by scholars outside of Kai’vivorian Empire, many radical Indago’s strongly believe in it. There are 2 sections, the Preamble, and the Digest.

“When His Creations Failed Him, He Looked To Us.

We Were Born And Came to Be From Her Hands.

Together, Him, the Creator, and Her, the Planet, Formed the Chosen Ones: Us.

We Shall Inhabit These Lands for Ourselves in His Name.”

“We were Born from his blood, containing his Being.

From the Sacred Pools in the Forgotten Gate, the first of us awoke.

We awoke, our skin blue as His Blood, and his Voice always in our Minds.

We awoke, saw the Forgotten Gate, by him. The Gate of all His Failed Previous Creations.

Forever inscribed upon it, the Names and Histories, of each Damned Race.

We would Not be Inscribed. For we are His Creations.

We would Not be Inscribed. For we are His Chosen Ones.

The First of us, took His Name: InKorian-Suon’Suola.

The Second of us, took His Name: Dago-Zuon’Ickma.

The Third of us, took Our Name: Indago.

After, He Blessed Us With His Blood and Walked With Us On Her Earth:

Bestowing us with Rule Over Them All. And so it was:

We Are The Chosen Ones.

The Rightful Rulers of His Land.

The Third of us, ventured forth to Build the Domain and Kingdom to Rule all.

The Second of us, watched the Forgotten Gate to ensure our name was never inscribed.

The First of us, bathed in His Blood for all Eternity, to ensure we remained covered In His Greatness.”

The Dusk of Creation

The Age of Creation is said to have ended with the creation of the Ancients, Indagos, and Amphorians. As it once was written, many Ages ago: I argue the Age of Creation ends with a cumulation of all the ages shattered by war and immoral practices. We stand on the cusp of our demise as darkness washes over the ruined Empires of the world, yet we continue to grow apart from our natural relationships with the earth and the Entity. Why? I suppose time shall be the judge of such things.