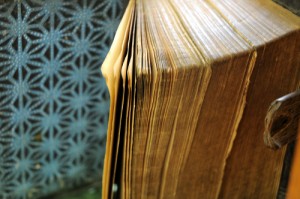 Questing in A Tempest Season is an exciting and rewarding activity to take part in. A Tempest Season offers multiple ways to engage in questing. There are quests given by NPCs and then Staff Ran Quests.

In this section you will learn how to request quests, do quests, and learn about the various types of quests you may receive. These quests are given to you by a NPC.

There are many types of quests currently present in the game. These range from slaying evil beasts to finding secret items, talking to other NPCs, to finally, exploring areas.

The Staff are always working on expanding the quest code and are aiming to eventually make a robust dynamic quest system.

If you have a new idea for a quest – suggest it to the staff!

The quest command is used to interact with the quest system.

quest request <npc name> – requests the quest from the NPC and adds it to your journal.

quest info <npc name> – asks the NPC about their quest but does not take it. This will display the start text.

quest return <npc name> – turns in a completed quest to a NPC and receives any rewards.

quest journal view <slot> – views a specific quest. The slot is from the entire list. Type: quest journal to get the slot.

quest visit <npc name> – visits a NPC that’s needed for a quest.
quest use <item name> (Have to be in the correct room for this to work)
quest delete <exact quest name> – deletes a quest by the exact name. It’s case sensitive.

To see if a NPC has a quest for you, type look and look for a (Quest) before their name.

In order to get a quest from a NPC, type quest request ‘npc name’

When you receive a quest some introductory text will be displayed that explains what’s the quest is all about. Generally, most quests are straight forward and their goals can be understood.

You can view the introductory text again by typing quest journal

The game will automatically update your quest based on the requirements. For example, each time a certain monster is killed, a message will be displayed indicating so. Or if an item is acquired for a quest, it’ll automatically be added to your quest journal.

A word of advice: For quests that require items it must be noted that the exact item must be found. There are some items with similar names in the world.

The best way to check is to either look in the quest journal for the name or trying to pick the item up. If a message appears about updating a quest during pickup then you know it was a required item. Otherwise, that particular item is not needed for a quest.

Items that are required by quests are automatically consumed – forever. Don’t be alarmed if you can’t find it in your inventory1

To turn in a quest head back to the original NPC that gave you the quest and type: quest return ‘NPC name’

Turning in a quest

Upon turning in a quest, some conclusion text is displayed and then rewards are given to you.

The rewards of quests range far and wide! From mounds of gold coins to ancient items of power!

The quest journal holds all of the quests your character is actively participating on and have completed in the past.

The quest journal can be used to view different categories of quests.The syntax to view these are:

The following chart describes the commands and their use:

All commands exception list display basic information on each quest. To view only the full text for a quest use quest journal view <slot>

Many quests are given to you in Tralisia. These quests will require you to adventure in the world. A Tempest Season is huge on exploring and the navigation of a dangerous world. Pay close attention to the introductory text and what requirements are listed in the quest requirements.

There are some quest givers in the wild as well so always be on the look out!

Most of the quests are straight forward and tell you what is needed to be done. However, a few quests are vague, which increases their difficulty, however their rewards are greater than some of the other easier quests. Great things do not come easily.

To refresh your memory on the introductory text and requirements, view the quest in your journal.

Other players can be of assistance for your quests as well! Don’t be afraid to ask for help.

If Erius can’t help you, it’s best to contact Dayrinni as there may be an issue with the quest!

The staff of A Tempest Season continually runs small and large quests for the player base. There is generally a monthly quest line the staff is having. These are often times scheduled and can be viewed on the calendar here: Event Calendar.

Smaller and  more personalized quests can happen at a moment’s notice – so always pay attention  to what’s happening around you!

Also, players can work with the staff to advance their character through quests. Send Quest requests to the staff here: Custom Quest

These quests are much more dynamic and interactive than the NPC quests. They can start at a moment’s notice and be of any length and duration. Often times, they form a long chain of quests that come to some form of conclusion. The ending conclusion is very often tied to the player’s actions within that quest.

Questing is a great way to interact with your fellow players and engage in role play!

As mentioned before, these quests can start out of the blue. The best way to see if something is about to happen is to pay attention to what’s around you. Are you seeing any unusual messages (generally in red text) on the screen? Are NPCs talking to you that normally wouldn’t? These are great indicator’s that a staff ran quest is occurring!

A common gathering point for the larger quests is in the Center of Tralisia!

One unique aspect that A Tempest Season offers is special characters that assist the players during their adventures. These include the council members of Tralisia such as Arch Mage Erius and Master Kaloysn. Often times these characters directly take part in the quests with the players.

Seek them out for help with your quest! They are a valuable asset!!