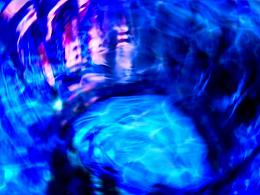 Essence is the answer to Nature’s astonishing ability to create, support, and power life on Eihydia. It is the energy that courses throughout space and time. It is commonly referred to as magic. Mages have studied how to control Nature’s energy and bend it to their will to create new things.

The blood of this Entity is said to run through the veins of the earth. It bestows amazing gifts and abilities to all who come in contact with it. This strange substance has been known since the ancient eras as the Gaia Tributary (Magic Stream). The substance is recognized by its intense blue color and thick texture. Meticulous evidence suggests that prolonged exposure to the Magic Stream will cause permanent side effects. Some effects include physical discoloration, deformation, petrifaction, poison, reanimation, supplementary power, loss of control, ability deficiency, loss of sensory functions, spontaneous combustion, restoration of sensory functions, vomiting, melting, death, reincarnation, explosion, and drowning.

Ancient records reveal an era in which some beings discovered they could consciously tap their energy into the Magic Stream and manipulate its power for their own end. These people became known as the Indagoians and are recognized by their vibrant blue skin from extended exposure to the Gaia Tributary. As time went on, all races learned to use Magic.

If you wish to know about magic for the Arcanist class, visit here: Magic: Arcanists 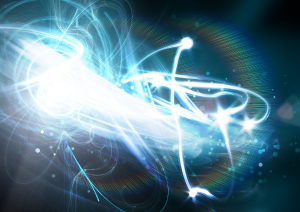 Strands of Essence forming a Spell

You start with a set amount of essence based on your race and some random rolls. Indagos start with the most essence, with Cryinale’s after. You raise your maximum essence capacity by gaining levels.

To restore your essence use the Channel or Intervention (if you’re an Indago) skill. These will restore some of your Essence.

A bonus is gained using these skills while sitting.

Elemental charges are used to cast certain spells. To see if a spell requires any charges, type spells and look under the cost.

If a spell has a colored “-o” in the cost, it requires an elemental cost.

To build elemental charges, cast a spell that has a colored “+o”. This indicates that a charge will be built.

For example, consider the following image:

There are two spells: Fire Shock and Fire Core.

In order to successfully cast Fire Core, the Mage would require at least 1 Fire charge.

Charges automatically display in your prompt.

To manage your charges, use the charge command:

charge reset – resets all charge level. This will wipe out all of the charge.
charge view – displays all of the current charge settings and status.
charge allocate <magic type> <amount> – allocates the given amount (0 performs a reset, negatives work) to the indicated magic type.
charge magictypes – views the magic types.

Charge reset will wipe out all of the current stored charge!

A Mage can only hold a certain amount of charges and they must be assigned. This allows the Mage to customize what elements they wish to specialize in. For example, if a Mage specialized in Fire, they could set all of their charges to be Fire.

In our example above, to set the Fire charges, type:

This would assign the Mage 3 Fire charges, which could then be built up by our spell “Fire Shock”.

To use the stored charges, simply cast a spell that requires them. For example, cast “Fire Core”.

To view your spells, type:

This is organized by elements.

To view the spells from a specific element, type:

Visit this page to learn more about this screen: Spell Screen

Mages require a way to improve their focus and ability to cast spells. The Essence Shard allows just that. It’s a piece of solidified crystal that the Mage can concentrate on in order to complete the spell casting process.

A Mage starts with a basic essence shard that has no special powers. Rare shards exist that give owers, such as more damage to their spells, magical resistance, skill levels and essence regeneration.

New shards can be purchased at the Magic Emporium in Tralisia. In addition, Mages can craft new shards with the Shard Construction ability.

If for some reason you lose your essence shard, you can create a basic one by typing “essence basic”.

Mages may learn new spells. Common spells have been scribed on single scrolls and are found in the Magic Emporium in Tralisia. Stronger spells are contained in books which must be read and specialized in.

At level 25, the Mage can purchase a special book and equip it as a specialization. Basic specializations are found in the Magic Emporium in Tralisia.

To learn a new spell from a scroll, type: scribe <scroll name>

There are many rare books and ancient tomes in the world. It’s your job to find these to expand your power as a Magic user!

Besides that, there are many spell lines – one for each element – so there is a lot of diversity for Mages.