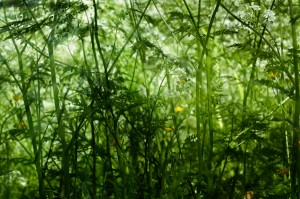 Eihydia is a dangerous world and some locations as Ravinder, Ama’rane, the jungles of South Kel-sith are incredibly deadly. Overtime, groups of like minded individuals, regardless of race, formed into bands to explore and learn how to overcome the dangerous that nature constantly poses. Overtime, most have formed a close connection and learned to appreciate nature on a new level.

Rangers selected the bow as their main means of combat. The bow is a versatile weapon – capable of hunting and providing food, a potent weapon that can be used to for offense and defense, and is generally easily crafted in the wilderness.

Rangers are considered medium difficulty and are suggested for new or experienced players to try. Their mechanics are more varied but still relatively easy to understand. The role play can be more varied and offer many unique challenges and situations.

With that said, Rangers offer players who love being one with nature and using ranged weapons to their fullest potential.

Rangers serve as a means for ranged damage and utility in the wilderness, increasing the groups survivability.

A Tempest Season offers many unique opportunities for Rangers. A Ranger can survive in the wild alone and be a lone wolf, so to speak. Or they can guide others through dangerous territory. They can role play one who is in tune with nature and become its defender. For those who do not want a nature aspect, the Marksman focus allows a player to specialize in archery based RP.

Rangers use ranged weapons such as bows and crossbows. See this for more information: Ranged Weapons

Each Ranger can select from one of two focii. Each will give the Ranger unique skills.

In addition to dealing more damage with missile weapons, the Marksman will have access to a unique skill set that focuses on improving ranged combat, moving faster, and attacking multiple targets..

Role: The Marksman focuses more on using their bow and dealing increased damage.

Are a utility-based class that excel when exploring the wilderness. They are able to range in an area and
setup supplies, ambush camps, and tools to aid their group in combat. In addition, they can quickly travel
around Ama’rane. Finally, they can summon the feared Dreadhawk and become one with the badger, the strongest creature near Tralisia.

Rangers do not have access to any special attacks.

The basic specializations the Ranger has access to at level 25 are:

Some Rangers become so intune with nature where they are able to use their surroundings to escape from danger or to strike from no where, much like an assassin does from shadows. These Rangers are often known as Bushwhackers: fierce but fun loving warriors of the wood.

The Bushwhacker specialization is for Rangers who wish to acquire more utility and become one with bushes.

The Sharpshooter specializes in ranged weapons, giving access to powerful techniques such as hinder shot and counter draw.

The Sharpshooter specialization is for Rangers who wish to become more proficient with ranged weapons.

The third spec is not designed or developed. The decision behind this was to allow players the ability to contribute to the game and have the Ranger class reach their full potential. Post your ideas on this forum thread: Third Spec Idea Thread

Ranger’s receive a large bonus to retreating, hiding, stalking, attack, defense, damage done and damage mitigation while in the wilderness.