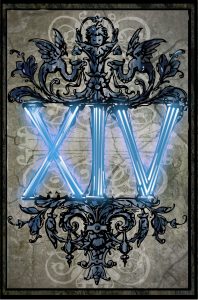 Also known as: 14th Age, Age of Unity (name pending – Historians shall officially name the Age when it concludes)

Religion: Five great creatures reign over the heavens of Eihydia:

Unlike in the Age of Faith, these deities rarely, if ever, make a physical appearance. Additionally, religion in this Age is more of a guidance on how to live one’s life, instead of an all encompassing religious organization. Due to this difference, there are rarely, if any, religious wars.

This is the Current Age of Eihydia.

Three-hundred years ago, the violent, tyrannical rule of Sesi-kai came to a bloody end on the continent of Ama’rane. For years, his malice and greed ravaged the world of Eihydia and resulted in an innumerable loss of life. Within the first century of recovery, Eihydia saw the rise of five nations that worked independently to restore social and economic stability to their homelands, but a global effort was needed to ensure lasting peace.

Your story takes place after the tricentennial celebrating the end of Sesi-kai’s rule. Since it was founded, Tralisa has become a major world trade hub and a cultural melting pot, but as the city has grown, so have its enemies–both domestic and abroad. Corruption, dangerous threats, and the wild, unpredictable nature of Ama’rane have all made Tralisia a deadly place to live. Take part in helping your fellow heroes maintain Tralisia’s status as a beacon of peace and hope, or work with other villains to bring the city, and maybe even the world, to its knees.

At the dawn of the 14th Age, there came to be five religious Entities. These religious Entities were quite different than deities from earlier Ages. These new ones focused more on general ways of life rather than concrete and deliberate actions. Furthermore, these Entities took a more subtle approach to world affairs rather than the visible deities in previous ages, such as during the Age of Faith where religion played a vital and visible role in every day life.