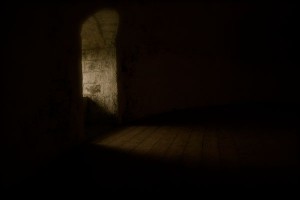 Agents are elite operatives that specialize in clockwork gadgetry, espionage, and assassination. They are permitted to operate with unlimited authority, so long as their missions serve the greater needs of the Empire.

All Agents receive their training at an unknown location in Vilainburgh. It is here that they are taught how to use a sophisticated steam generator to power their arsenal of gadgets. In addition, they spend years of their life training in the art of deception and infiltration.

There is no formal process for becoming an Agent. It is rumored young, impressionable children are abducted by recruiters and indoctrinated into the program. Throughout history, no captured Agent has ever provided any credible information about his or her past or the organization he or she works for. It is standard procedure for Agents to commit suicide when being taken prisoner.

Retired and AWOL Agents often seek mercenary work; their unique skillsets are attractive for politicians and criminals. Tralisia’s local crime lord, Loanman Cashking, is rumored to have a large network of ex-Agents at his disposal. Due to the threat he poses, the Empire considers Cashking a high-value target. 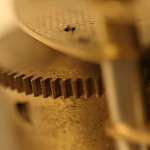 Agents are considered medium difficulty and are suggested for new or experienced players to try. Their mechanics are more varied but still relatively easy to understand. The role play can be more varied and offer many unique challenges and situations.

With that said, the Agent’s skills and gadgets are fun and easy to learn! Agents offer players who love striking from the shadows and using clockwork contraptions!

Agents serve as a Damage Dealer and Utility.

A Tempest Season offers many unique opportunities for Agents.

Role-playing an Agent may provide some unique challenges. At some point in their lives, all Agents were trained in Vilainburgh. Evonia Agents work for the Empire, but may secretly answer to others. Loanman Agents are retired or AWOL Agents working as mercenaries for Loanman Cashking’s criminal organization.

And last, but not least, all Agents may sell their services to other players, but please make sure to review ATS’s policy on player combat and player assassination.

Be sure to understand the Game Policies for Player Assassination. 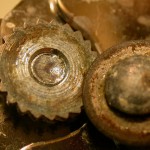 Agents equip and use clockwork gadgets to gain different abilities. Only a certain amount of gadgets may be equipped at any time. Each gadget siphons steam from the Agents personal steam generator, so the more gadgets an Agent has equipped, the faster his or her steam will deplete. Steam can be restored by cranking the steam generator or using steam canisters.

To view how to use and equip gadgets, click here: Using Gadgets and Cranking Steam

To use a gadget, type: crank <gadget name> <target> 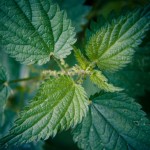 Agents are able to poison their weapons. These poisons last a number of uses and must be reapplied after wearing off. Agents who master poisons will be able to double-coat their weapons!

To apply a poison to your primary weapon type: poison primary <poison name>

For example: poison primary paralytic would apply the paralytic poison to whatever weapon is equipped.

For more information on how to apply poisons, see the ‘poison’ command.

Each Agent can select from one of two focii. Each will give the Agent unique skills.

After the Mad Sage, Cerium Derium, nearly destroyed the universe with his Glorifian Construct, Vilainburgh dispatched counterintelligence operatives to all corners of the globe. These agents, specializing in clockwork gadgetry and espionage, are tasked with discovering, infiltrating, and destroying all threats to the Empire. Any additional objectives are known only to the Agent and the people he or she serve.

Loanman Cashking (a notorious thief thought to be holed up in Tralisia) controls and manipulates threats to his organization through a network of mercenaries called Loanman Agents. Loanman Agents are ex-Vilainburgh intelligence operatives that specialize in espionage, blackmail, and assassination. They are loyal to gold and will sell their unique services to the highest bidder. Of course, in nearly every circumstance, Loanman Cashking is always the highest bidder.

Agents have access to the following combat specialized attacks:
Eviscerate– a deadly attack that guts your enemy and has a 25% chance to double strike!
Backstab – a powerful sneak attack from the shadows.

At level 25, Agents can select specializations that involve increasing their skills with poisons, shadow attacks, and clockwork gadgets.

“This poison is most intriguing. At first the victim assumes nothing, but over the next several days he will begin feeling lightheaded and confused. Hallucinations follow soon after, and the victim will not know whether he is sleeping or awake. To others it will appear he is mad, until a slow agonizing death takes him. By the time anyone realizes he’s been poisoned, we will be long gone.” – Loanman
Cashking, 5th Age.

Toxic Dreams is for the Agent who wish to increase their knowledge of poisons.

“I’ve been following her for quite some time. There is a fair price on her head, but the way she looks over her shoulder… that raw fear… it is priceless. She knows that she is marked for death, but I will let it play out until she convinces herself the danger has passed. Then… then I will strike from the shadows and claim her life.” – Unknown Agent

Blades of Darkness is for the Agent who wish to improve their shadow attacks.

Gears of War is for the Agent who wish to harness powerful clockwork instruments of war!