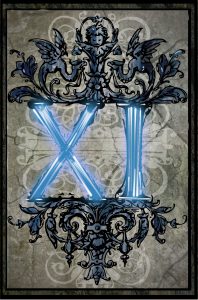 Religions: Unknown – perhaps remnants from the Age of Faith.

An underlying seed of corruption takes root. The majority of these events occur in a very short span of time at the beginning of the Age. Within 100 years the initial war ends. A large gap of information exists until the very end of the Age.

The events below were translated and recorded by Eihydia’s Grand Historian, Larian Desiam. They pertain specifically to a single account of Vanyelar’s great battle during the 11th Age.   Contents1 Forward2 An Account of Vanyelar’s History Forward I, the Grand Historian, take great pleasure in relaying this tale of bravery. Our hero is the Captain …